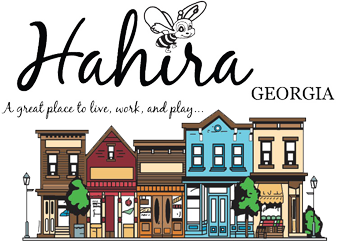 The "Lettle Man" was Eating Catfish

By Leo Aikman
The following is reprinted from an old undated Atlanta Constitution newspaper clipping  and was contributed by City Clerk Marilyn Brady.
When I first saw Linton Stephens Cobb, he was a lawyer for the defendant in a Cobb County court and I was a juror.  I had know him long before that by correspondence, as "Catfish Charlie Cobb, the Flint River philosopher".
The appellation suggest a south Georgia Scattergood Baines, which picture is not too far off except "Charlie" is not as stout, as bald or as barefoot as the bucolic character in old Saturday Evening Post fiction.
Born at Fitzgerald, L. S. Cobb grew up at Tifton and Adel. During the Depression he pulled cabbage plants at Omega for $.75 a thousand.  Between hamburgers, he studied law at home and passed the bar before he went to John Marshall Law School.  He worked for awhile for the state at Bainbridge.

He was counsel in the first case in the new Cook County courthouse in Adel and likewise at the new courthouse in Marietta, where he has lived for 13 years, he and his wife, the former Carmen Thorton of Hahira.

Years ago, before he started reducing, as he was on his third plate of catfish at Rio Vista, a woman from up North stared at him in wonder and exclaimed to her husband, "Look at the lettle man eat catfish, Charlie!"
L. S. liked what he heard and adopted the pseudonym "Catfish Charlie"
His hobby is voice 'sponding, by tape with pals all over the country.  Recent mention here of Hahira turned him from tape to the typewriter and he wrote:
"Hahira was my stomping grounds when I went courting Mr. Henry Thorton's daughter.  Henry was the local barber and in his shop you could hear the latest good news about everybody. Barber shops in the 30s were better than gossip columns.  And believe it or not, 38 years later, I still have that little ole pie-face blonde staying around as my wife."
"Hahira?.  Yep, I do remember a redheaded boy named Scruggs, could have been Carrol "Scoop" Scruggs. This was about the time of the big tobacco festivals in Hahira. Bobby Passmore, I believe his name was, was winning bicycle races.  Hahira was a hotbed for good boxing--Dummy Stutts, Earl Dixon, Charlie "Kid" Baisden, Joe Knight, the great light-heavy-weight, Whit "Pick" Webb, Baby Wright.  Hahira put on the same card of fighters as Washington, Jacksonville, and Charleston.  And don't forget Rambling Rufus Miles of Savannah, the winning welterweight of those days."
"Hahira, pop.987, home of W.W. Webb daddy of good legislation on old age benefits in Georgia, and Mr. Sankey Booth, who could take a bunch of five and six-year-olds and teach them to read and spell as well as 8th graders.  He appeared with his students all over the country and on WSB several times."
"Hahira, home of tobacco warehouses, was the location of a cigarette factory back in those days.  It packed H.D's, Happy Days Cigarettes, sold for a nickel a pack."

"At the edge of town was Lloyd Fry's Place, where you could cool your thirst with a Coke and hear Chicken Cornelius and other town locals tell some mighty good hunting and fishing tales and other remarkable stories."
"And, Cuz if you haven't tried real whole hog country sausage from the Hahira Ice Plant, man, you've been missing a real treat."
"Yep, Leo, when you talk about Hahira, You're talking about a part of Gawjan I loves to visit and sit a spell while I'm eating and visiting."
"Hahira! If you blink your eyes when you are coming out of Valdosta on the old road, you're liable to miss it, and if you do, you have missed and bypassed some of the finest, friendliest folks in Georgia and the world."

I'd like to tell you more about "Catfish Charlie" Cobb once Nubbin' Cobb of the Renfro Valley Show, a judge at the first National Hollerin' Contest, father of two fine daughters and an equally fine son.
For now the case for "Catfish" and Hahira rests.